“I came here believing that I wouldn’t be coming out. Things looked bleak. Now I’m leaving the care home and will be living independently again. The team here helped get me here, they were excellent."

When 56-year-old Nigel took ill in March last year, he was given a difficult prognosis. Nigel moved to the Cedars unit of our Garden House care home in Westbury-on-Trym for palliative care, a type of care intended to make those at the end of their life as comfortable as possible. 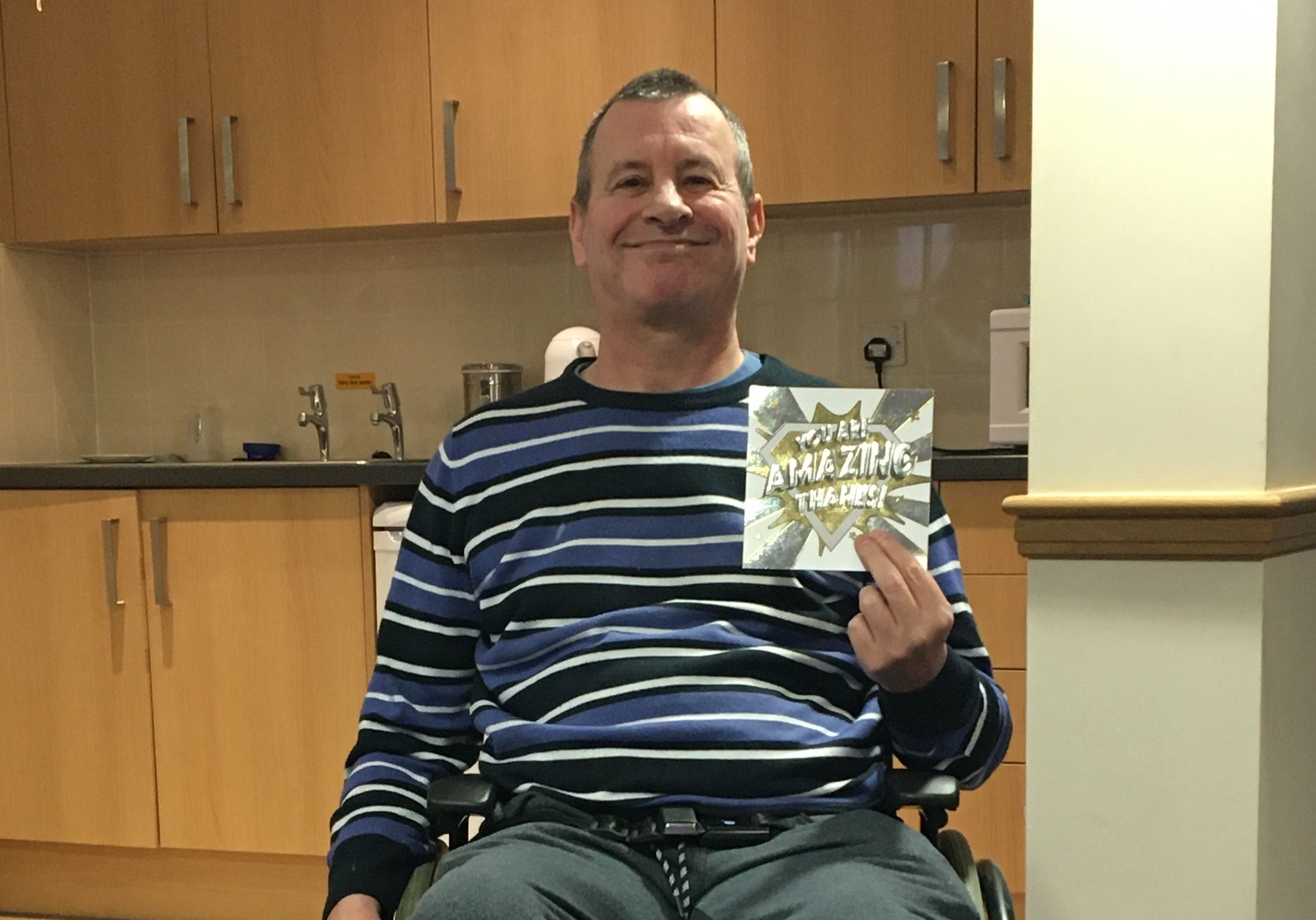 “Everything was a blur, but from what I remember, they told me that they were fast-tracking me to a St Monica Trust care home as they didn’t think I had much longer to live. I began to get my will in order and prepared myself to say goodbye to my loved ones.”

However, when the Garden House team noticed Nigel gradually making small improvements, they encouraged him to push himself further.

“The people here have been brilliant and with their support I would try to fight a little bit harder each day, just simple tasks like walking down the corridor. Every day I got stronger.”

With his ever-growing confidence and the determination of the care home team, Nigel decided that he wasn’t going to give up that easily.

“I think it was a case of mind over matter – I realised that I wasn’t ready to go yet, and there was no way I was going to pop my clogs at 56!”

Despite the restrictions in place and the extra infection control measures due to coronavirus, the dedicated nursing team continued to support Nigel on his road to recovery in every way possible.

They organised for him to receive a self-propelling wheelchair which allowed him to move around the unit more freely. This gave his confidence an extra boost, as well as arranging socially distanced meetings in the garden area for his family and friends when it was permitted.

Nigel formed strong friendships with the team and, as he built up his strength, they would take him out to the shops, or for walks on the Downs. He also enjoyed learning how to play Bocce, an activity organised by the on-site activity coordinator at the Garden House care home.

Being 56, Nigel is younger than the other residents in the care home, so the team made small tweaks to the way they normally operate to make his stay as positive as possible. Little adjustments, such as enabling him to eat his breakfast in the dining area so that he had a taste of normality and could interact with the team, gave him an extra boost.

Nigel eventually got to a place where he was acting independently and able to take charge of his own care. He created a chart to track his oxygen levels and was taking responsibility for his own health. The decision was made that he would move back home and live independently.

“We take a lot of pride in Nigel’s progress, but a lot of it was down to him, he worked hard and now we can see the progress. It’s great to see the improvements he has made since being with us.”

Due to the circumstances of his admission, Nigel had forfeited his council property and therefore had to find a new place to live. Knowing how much this meant to Nigel, the team went above and beyond to help him in any way that they could.

One of the nursing team, Jo, went the extra mile and took Nigel to view prospective properties on her day off, making sure that he was as informed as possible. The team helped source furniture for his new home and helped Nigel to apply for our Community Support Fund. Nigel has also learnt how to embrace technology, which will hopefully help him to stay connected now that he has gone home.

Living life to the fullest

Nigel is now happily living a healthier lifestyle. “The lifestyle I led got me here, but I was lucky and got a second chance. It’s made me realise you have to live life to the fullest.”

Nigel was extremely grateful to the team and there was an emotional goodbye on the day that he left. He handed over a card and lots of chocolate to the team that had cared for him throughout his stay.

“I’ll definitely stay in touch! Hopefully I will be able to visit someday.”

Nigel was excited, if a little apprehensive, to take these next steps, but is determined to make the most out of his second lease of life. 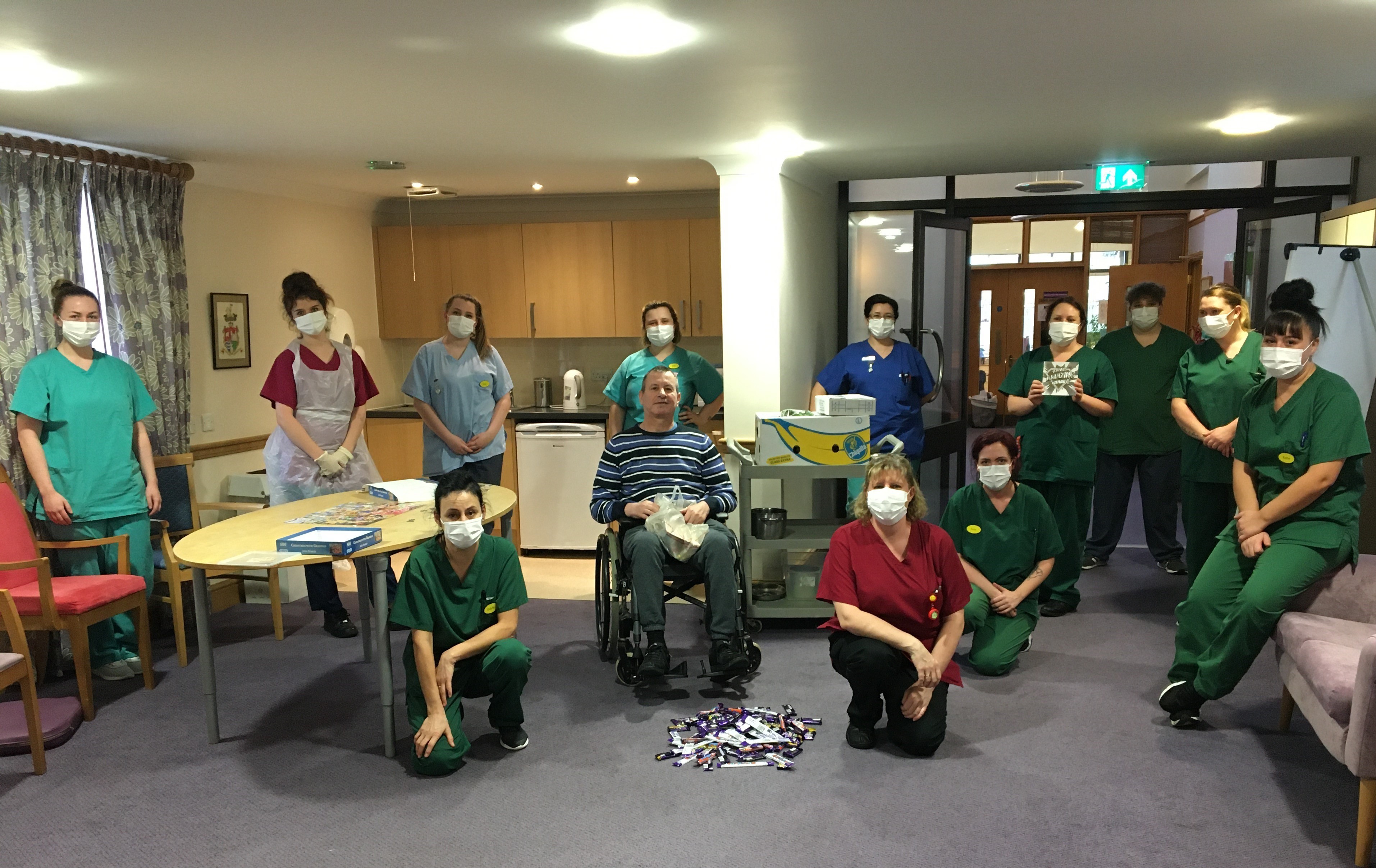 “The most important thing I have learnt and would tell anyone who goes through a similar experience to me, is to never give up.”

Find out more about the St Monica Trust’s care homes

Choosing a care home can feel a bit overwhelming at times. The St Monica Trust operates four care homes in Bristol, Keynsham and North Somerset. To find out more and arrange a virtual tour please visit our care homes page.