Residents at the Trust’s Russets dementia care home in Sandford have made their own tribute to all those who served in the First World War.

This year marks the hundredth anniversary of the First World war and the residents have created one hundred poppies to represent each year that has passed since the end of the conflict.

Many of the residents at the Russets and Sherwood have knitted and crocheted all their lives and continue to do so despite their diagnosis.

Bags of red wool were donated by both St Monica Trust care staff and resident’s relatives, who also created their own poppies.

The Russet’s Therapy Assistant, Sally O’Doherty said: “Residents who can’t knit have been able to contribute by sticking the black buttons to the poppies.

“The most important thing for our residents who are living with dementia is that they all feel included and valued, as well as looking at the wonderful thing they’ve created.

“It’s about getting our residents to understand that even if they can’t do the big bits, every little step that contributes to the overall journey is valued.” 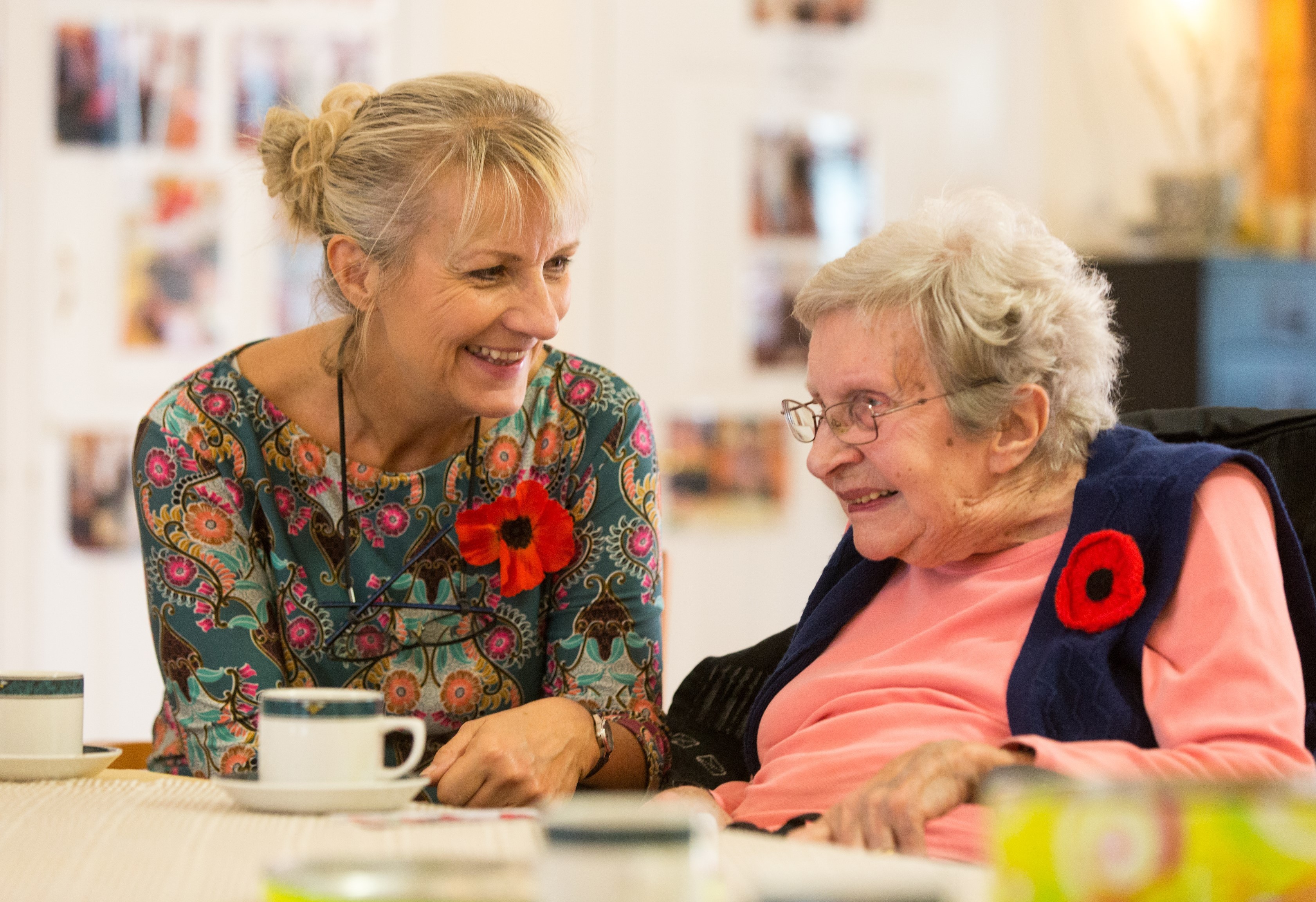 Sally had only been in her role a few weeks before she experienced her first Remembrance Sunday at the Russets. “Age-wise, many of our residents would have had memories of the First World War that were handed down from their parents and grandparents.”

“The overwhelming memory that comes across is how young the soldiers were.

“Some had lied about their age to join up, escape their humdrum lives and go on what they saw as a great adventure.”

“That loss of so many young lives still brings tears to people’s eyes and is why one hundred years on we are so deeply moved by all those who died in the First World War.” 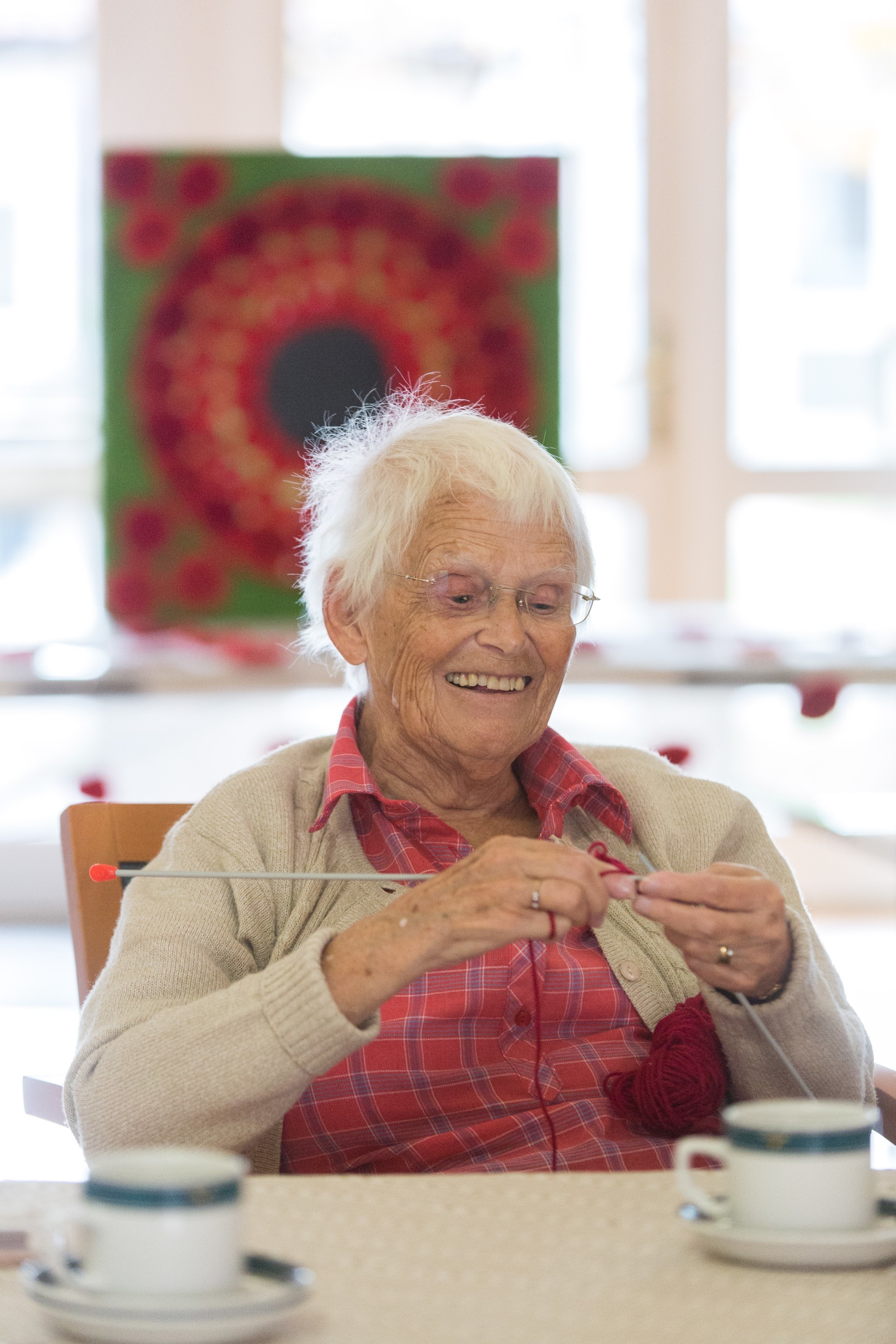 Inspired by her father-in-law

The knitting and crochet patterns for the poppies were provided by Sandford Station resident, Meryl Leach who was inspired to get involved by her father-in-law who fought in and survived the First World War.

“Robin’s father never spoke about his war experiences, which was typical of his generation,” said Meryl.

“It was only in the last few months of his life that his mind returned to the trenches and we became aware of the awful things that went on.

“Not all of the residents can get out and commemorate Remembrance Sunday, so we thought it would be nice for them to create their own tribute.

“It’s so important for all generations to realise the enormous sacrifice that was made on their behalf.” 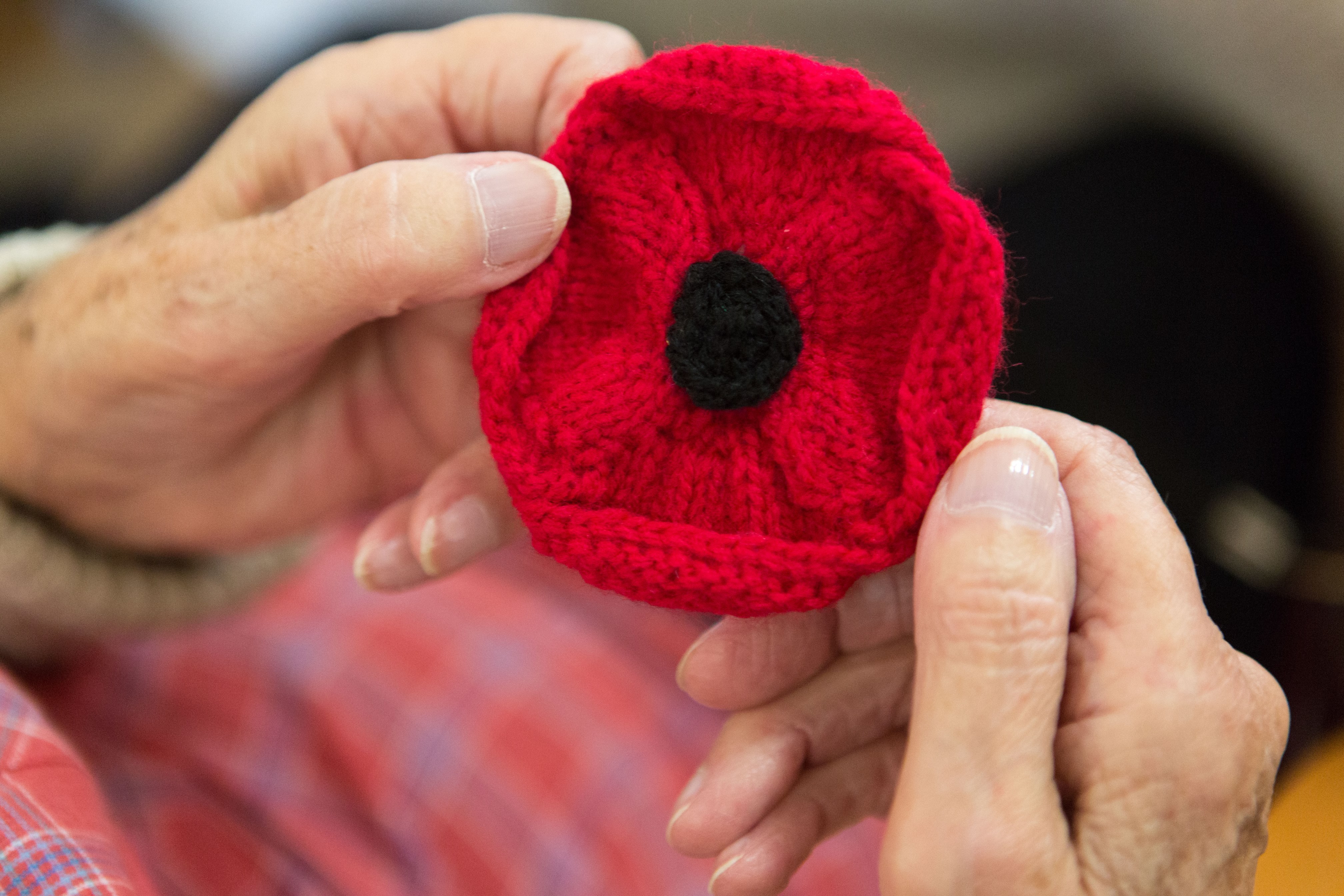 Located within St Monica Trust’s Sandford Station retirement village, the Russets is a 73-bed care home offering specialist care for those who are living with dementia and Sherwood is a 32-bed general needs nursing care home.

To ask any questions about the Russets or Sherwood, arrange a viewing or for more information, please call the Trust’s admissions team on 0800 952 0300 or email carehomes@stmonicatrust.org.uk.