A charity event was held recently to pay tribute to the Dambusters raid and celebrate the 100th birthday of Johnny Johnson in November.

Johnny is a resident with Bristol-based charity, the St Monica Trust and the event on Monday 17 May was in tribute to the Dambusters raid that took place 16-17 May 1943.

The 12-strong group cycled 19 miles before arriving in Bristol – one mile for each of the Lancaster crews which flew in Operation Chastise, 78 years ago.

I feel privileged and even honoured to have been able to take part in that particular raid. It’s something I’ll never forget and I’m proud to have taken part in it.

The outdoor event was opened by Peaches Golding, Lord Lieutenant of Bristol, with Johnny and a small group of guests in attendance.

"He is a much-loved member of our community and is always very humble about his role on the Dambusters raid.

“The cyclist are raising money for a great cause, which is very close to Johnny’s heart.

"The event is also a fitting tribute to a most extraordinary generation of people and the Trust was delighted to host it.” 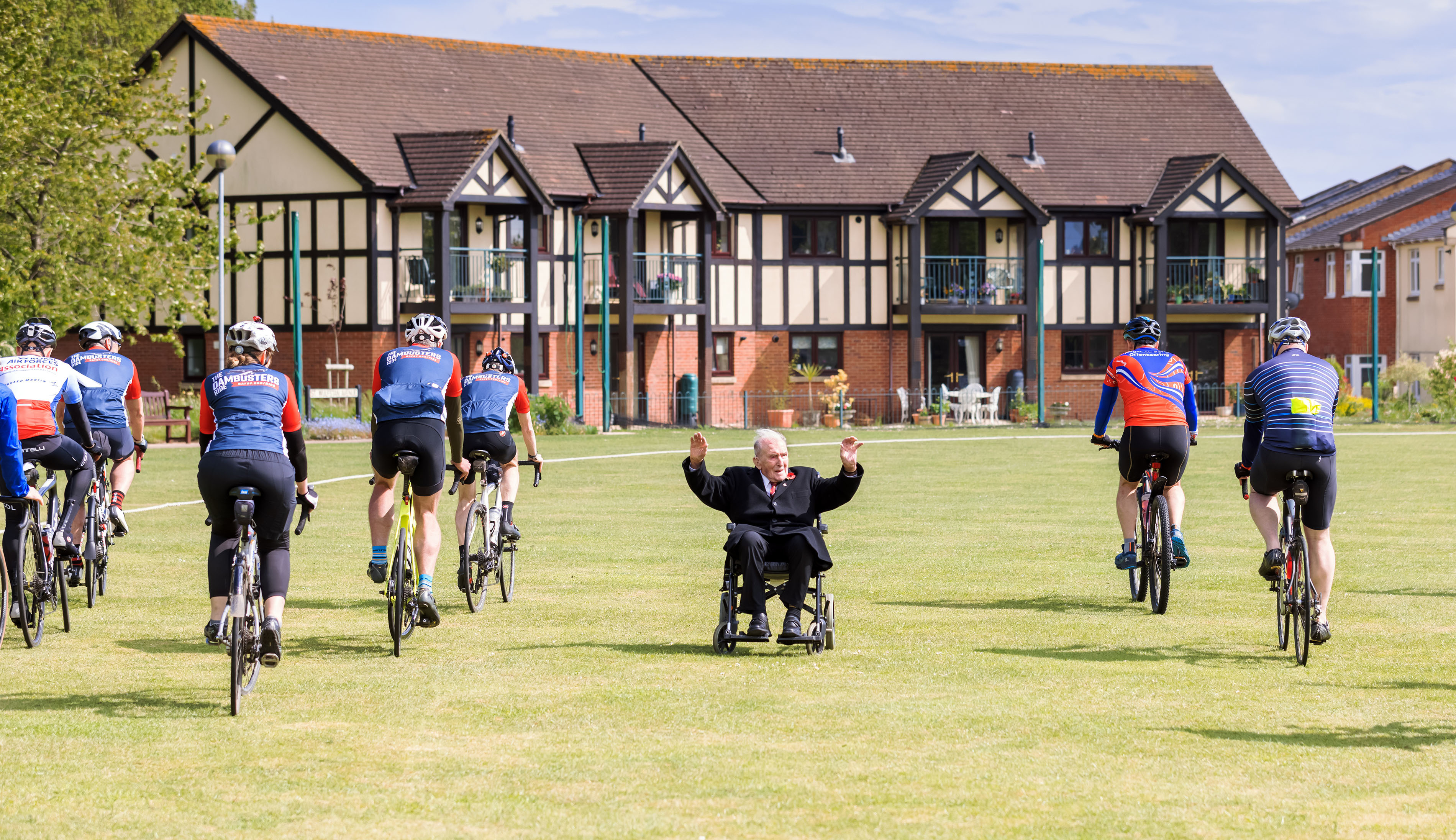 The cycle past, which set off from the RAFA in Bristol, was organised by a friend of Johnny’s, Chris Della-Porta.

"I think this will be a really special day for everyone to remember the bravery and sacrifice made all those years ago.”

The Ride is set to raise more than £60,000 for the RAF Benevolent Fund, which supports serving RAF personnel, veterans and their families with emotional, practical and financial help.

"It's something I'll never forget"

Johnny moved to Bristol following the passing of his wife, Gwyn and has been a resident with the St Monica Trust for the last ten years.

He is supported by his two daughters, Jenny and Sue, and his son, Morgan. He has eight grandchildren and nineteen great-grandchildren.

“I’m often asked what I feel about the raid today,” says Johnny. “I consider myself to be very lucky that I was with the right crew, in the right place and at the right time.

“I feel privileged and even honoured to have been able to take part in that particular raid.

"It’s something I’ll never forget and I’m proud to have taken part in it.”

To learn more about the Dambusters Ride, visit rafbf.org/ride and to sponsor Chris, visit rafbf.enthuse.com/pf/chris-della-porta.