When Sport Lifts Us Up - with Paul Maines

Ahead of National Archery Day, group instructor and ArcheryGB coach Paul Maines explains how weekly sessions at a North Somerset retirement village are touching the lives of all involved.

You should never have a limit placed on you because of age or because someone else says you’re too old. 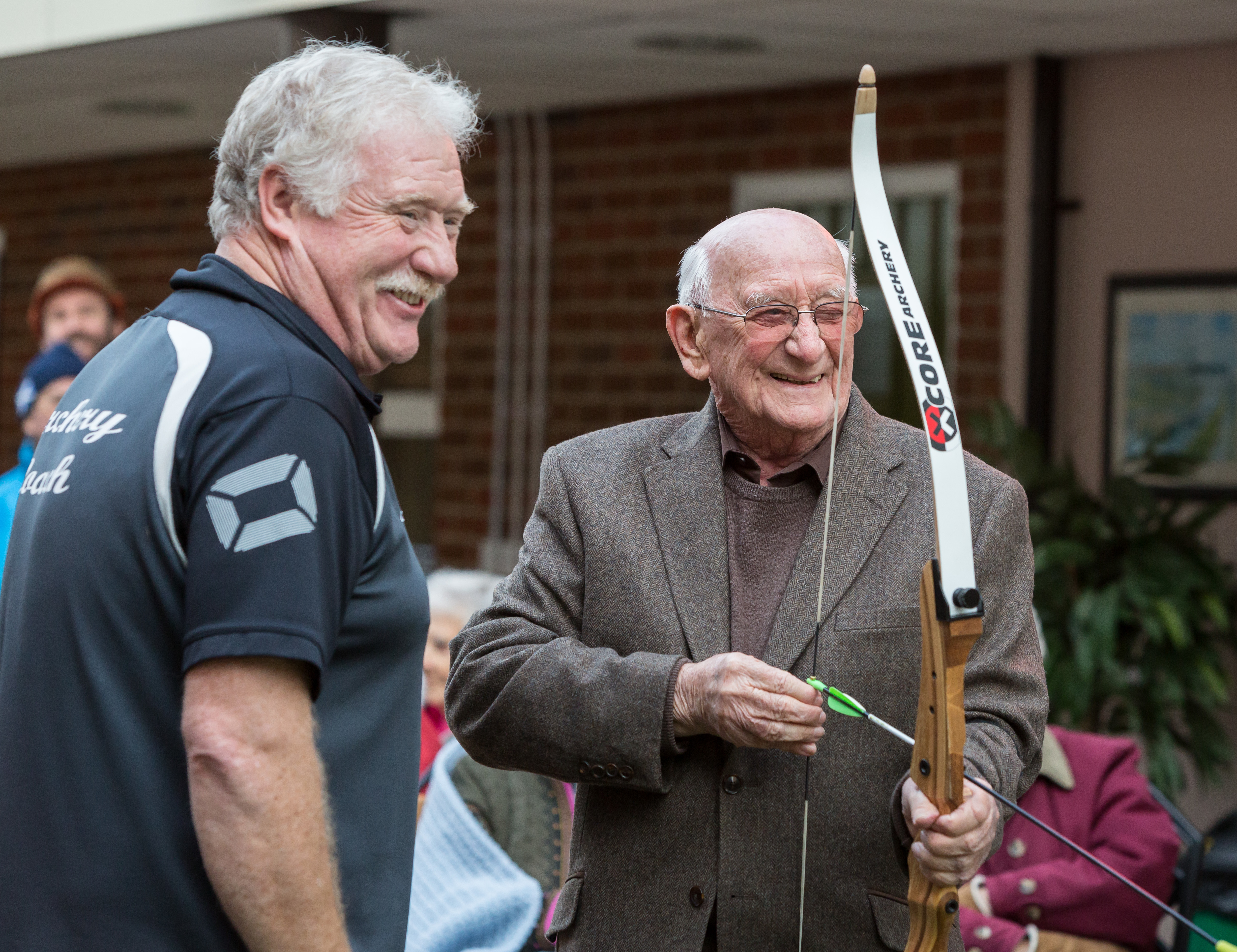 How long have you been involved in archery?

I’ve been involved in archery for 47 years, since I was just 14. I used to play rugby and you get to a point where you can’t play anymore because it hurts. In archery you can continue with it for as long as you want to, so I decided it was the sport for me. At the same time you can get involved in the other aspects of the sport – you could become a judge or a tournament organiser coordinating big competitions, the biggest of which being the Olympic Games.

I’ve competed at various levels and it has taken me to many new places both in this country and abroad. I have also been fortunate to coach at various levels but certainly one of my proudest achievements is being part of junior development with several of our juniors making the ArcheryGB Talent Pool, which is beginning of the the Olympic pathway.

I was also very fortunate to be part of the 2012 Olympic Games and as part of the field of play team led a team involved in ensuring the smooth running of the competition. It was by far the best archery experience I've ever had. To be part of an Olympic Games in your own country was an opportunity I was not going to miss.

When and how did archery begin at the retirement village?

It started about three and a half years ago in response to a phone call I got from a gentleman who’s sadly no longer with us, Colin Hopwood. He was very keen to introduce something into the retirement village that had a physical element but is also social. Archery is a bit of both and is probably the most inclusive sport.

The sport is open to everyone and there are no limitations regardless of size, gender or even perceived disabilities. Indeed archery is also a Paralympics sport. In my club we have participants who are visually impaired, wheelchair users and even amputees. We don’t like the word disabled, we prefer to use the descriptive, varying ability.

Some people think they get to a certain age and life is kind of over. You get to 60 and that’s it. I’m 61 this year and life isn’t over yet, not by a long chalk. Archery is one of those sports that you can do until you can’t pull a string any more. Colin recognised that, which was really good. He was very keen to be an archer himself and the Retirement Community Manager at the time, Will, recognized it as well. That’s where it all started and it’s become very popular. There are people still coming today that were there at the very first session.

What are the benefits of archery specifically for our residents?

There’s a physical element to it – the physicality of standing and pulling a bow – but I think the social aspect is one of the big factors here too. When you see a group of people come together to do an activity for the first time you see the nervousness, but then their confidence starts to grow as they start to understand it’s not as difficult as they might have thought. It’s also about the mental discipline – there’s a lot to remember if you’re starting from scratch. Everything becomes very much part of a team effort and if someone hits a gold they will all cheer because they are all involved and stay involved throughout the session. It’s great to watch residents meet new people and support each other.

Can you think of any residents that have particularly benefited?

I’ve seen people and heard other residents say, “That person doesn’t come out of their apartment much, except for this." They come here for the archery but also as well for the cup of coffee, a biscuit and a chat. And that to me is as successful as someone having a go at the archery itself because it means that my sport brings something to people’s lives.

What advice would you give to someone considering taking up a new sport in or around retirement?

Go for it. Obviously you seek medical advice first if you’re hoping to run a marathon! Archery as a physical activity is no different. But you’re never too old to learn new skills, you’re never too old to learn new ways of doing things and to be involved in different activities. Everybody thinks about giving children the right opportunities to try new things so that they can find their own niche. Why should that stop because you reach a certain age? From my perspective, I turn 61 this year and if someone turned around and asked if I would like to try jet skiing I would say, “Yeah!” You should never have a limit placed on you because of age or because someone else says you’re too old. I’m a great believer in keeping the mind active. The brain is a muscle, just like any other muscle in the body – keep it stimulated. There’s no reason why people shouldn’t come out of comfort zones, providing it’s managed properly and safely.

It think also that people need to remember, when a person is a senior citizen what they have done to achieve where they are today. You’re the sum total of all your knowledge and experience to date. If you can bring that to a new activity then why not? Give it a go, because you just don’t know where that might lead you. 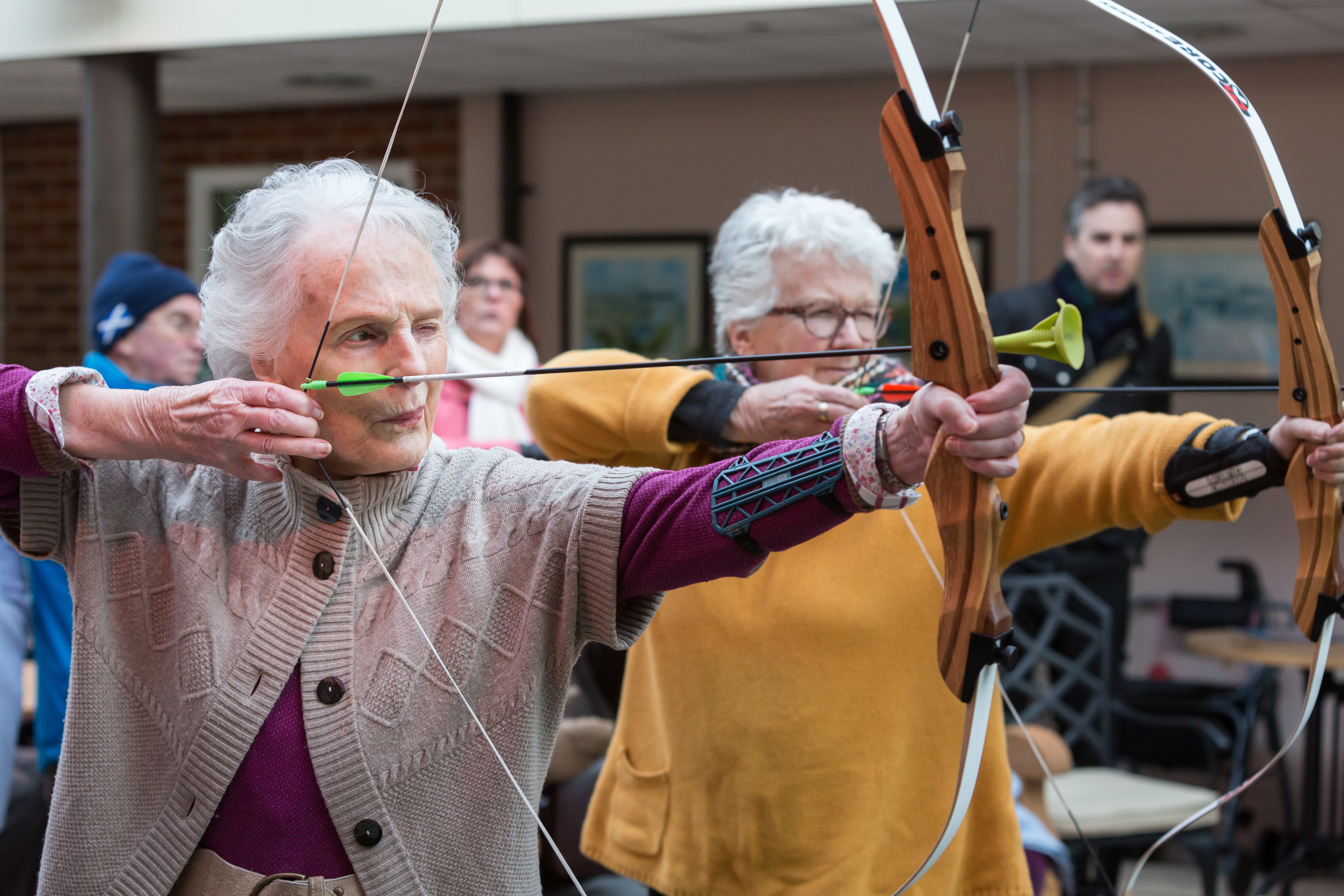