I was trying to make something one weekend and didn’t have any capers. I was too late to go shopping so went on Amazon and it was delivered the next morning.

Tell us a bit about yourself.

I suppose I’m a local… I wasn’t born here but I was bred here. I’m an Old Bristolian, a product of Bristol Grammar School. I spent all my school days in Bristol and then moved all over the place. I was in the Navy during the war and came out after the war was over and back to do a degree at Bristol University. I was sitting in the wardroom in Malta waiting to be demobbed and an old school friend said, “You don’t want to go back into the bank, do you?” I said, “No, not really.” He replied, “Well you’ve got entrance to university, why don’t you apply?” I got the book out, shut my eyes and put my finger down on the page. It came down on civil engineering.

My daughter is a retired GP and brought me to look around here because she had treated some patients from another St Monica Trust retirement village in Bedminster [Monica Wills House]. The position of this particular home at Westbury Fields, with the field and the cricket pavilion over there, is spectacular. I remember standing on that balcony there looking across to the trees on the Downs. When I was a schoolboy this area I knew like the back of my hand and it was looking like it does now. I didn’t want to leave home but when it came to it I thought, this will do me. 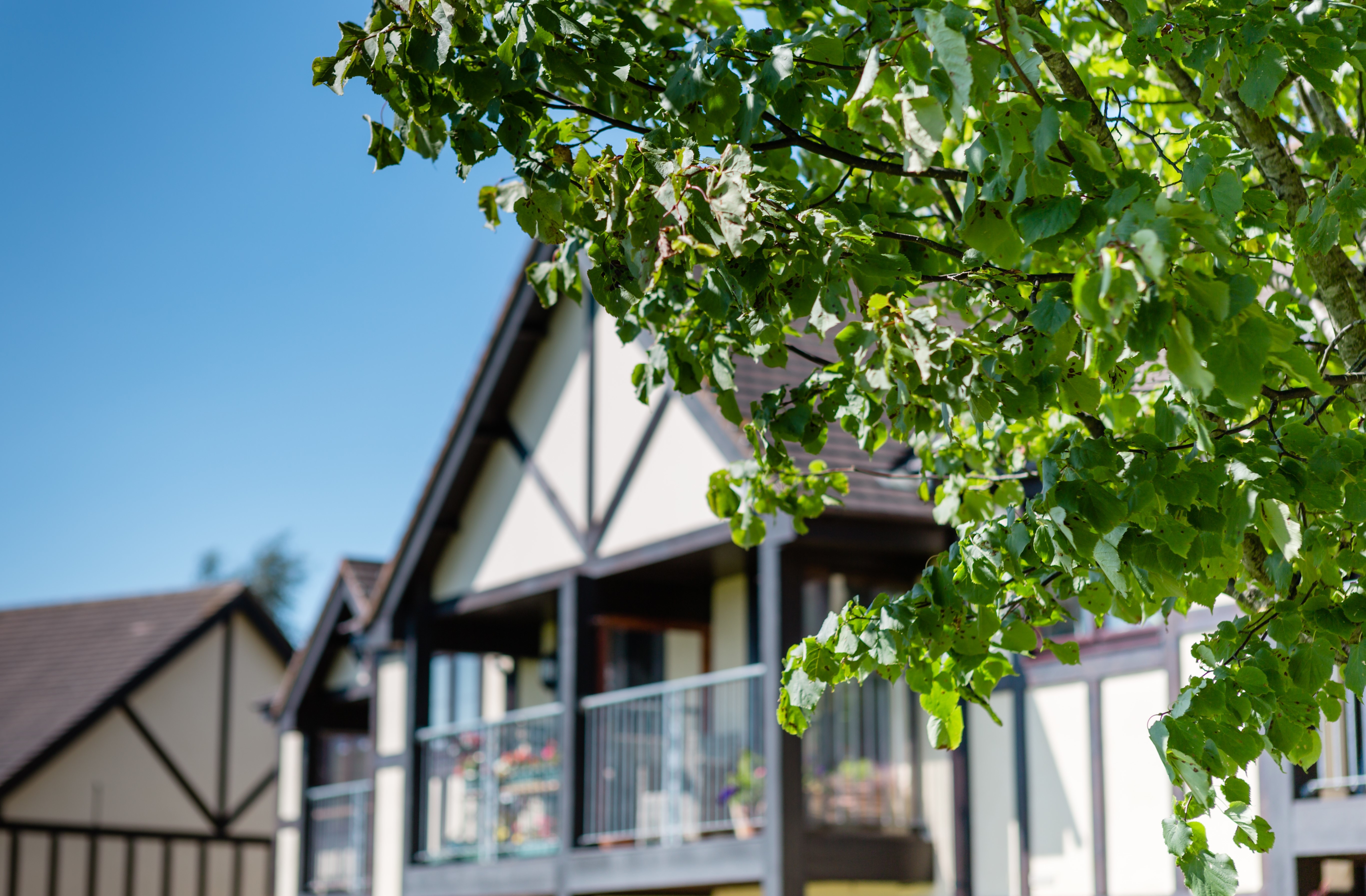 What activities are you involved with at Westbury Fields?

I’ve always enjoyed the arts. A nice thing about the St Monica Trust is that you’re encouraged to pursue your own interests and if it’s beneficial to everyone else then all the better.

When I came to Westbury Fields I could see the potential of film in The Cricketers restaurant on site. There was nothing like it going on and I had an old who friend who used to run a film show in his local village hall. He came to visit and it all started from there. I was organising the film club on my own for the first 6 months and I could see that it had started to pick up – getting up to 30 people joining us for a film night. The St Monica Trust invested some money in it, put up a decent screen and improved the sound equipment. After 6 months I recruited 3 other people to help with selecting the films. It’s a fortnightly show and it’s gone very well. We get assistance from the porters to set up the chairs but everything else we do ourselves.

What films have you got coming up?

We have a film on next week called The Wife. The 4 selectors, including me, use the IMDb website – the international movie database. It was started by a chap working in Bristol [Colin Needham]. It’s a marvellous website because it’s very detailed and covers pretty much every film going. You could choose a film from 1940 something and you’ll find a review. That’s where we get our information from. We do our homework!

What else are you involved with at the retirement village?

I’m very into music and run a classical music afternoon with music that I’ve stored on iTunes. Before I moved to a smaller flat I decided that I wouldn’t have the space to store CDs so I downloaded everything instead. I’ve been using that every fortnight for a music afternoon and this year I'm downloading all of the BBC Proms that are broadcast and streaming them in The Cricketers. There are 24 broadcast over 2 months, so we’ll see what happens. It’s quite a spectacle – you get the big screen, the orchestra and the choir. It’s as if you’re actually in the Royal Albert Hall. I had to learn how to stream though…

How would you describe the sense of community at Westbury Fields?

I think that the ethos here is very good. They encourage you to do what you want to do - if you want to be left alone they leave you alone, if you want to involve yourself in the community activities you can. With my two projects I’ve had plenty of encouragement. There’s also a residents committee and you can bring up anything you want to.

If you could give anyone considering a retirement move some advice what would it be?

It depends on whether you want to eat in the onsite restaurants. I’ve acquired quite a bit of skill in online shopping. I don’t have to go to a shop for anything - Morrison’s and Amazon! I was trying to make something one weekend and didn’t have any capers. I was too late to go shopping so went on Amazon and it was delivered the next morning. If anyone wants to feed themselves like me, it's helpful to have to some computer skills.