From Bosom Buddies to Bristol’s Batonbearer

A St Monica Trust resident, whose breast cancer charity has supported hundreds of local families, was selected to carry the Queen's Baton as part of the official relay for the Commonwealth Games.

Lynette Hopkins carried the torch along the route through St Paul's when the Queen’s Baton Relay visited Bristol on 5 July.

She was one of the 2,022 inspirational Batonbearers that will take the Queen's Baton on a 2,500-mile journey through England, ahead of the Birmingham Commonwealth Games which opens on July 28.

One little boy shook my hand and said: ‘congratulations’, and I asked him if he’d like to hold the baton for a moment.

Lynette said: “I could not believe it. How many people get an opportunity like this in their lifetime? I was absolutely thrilled to be chosen out of all the thousands that were nominated.

“The atmosphere, the laughter, all the people clapping - it was so fantastic and I was very humbled. I’ve never done anything like this and it was such an accolade to be chosen. It brought tears to my eyes." 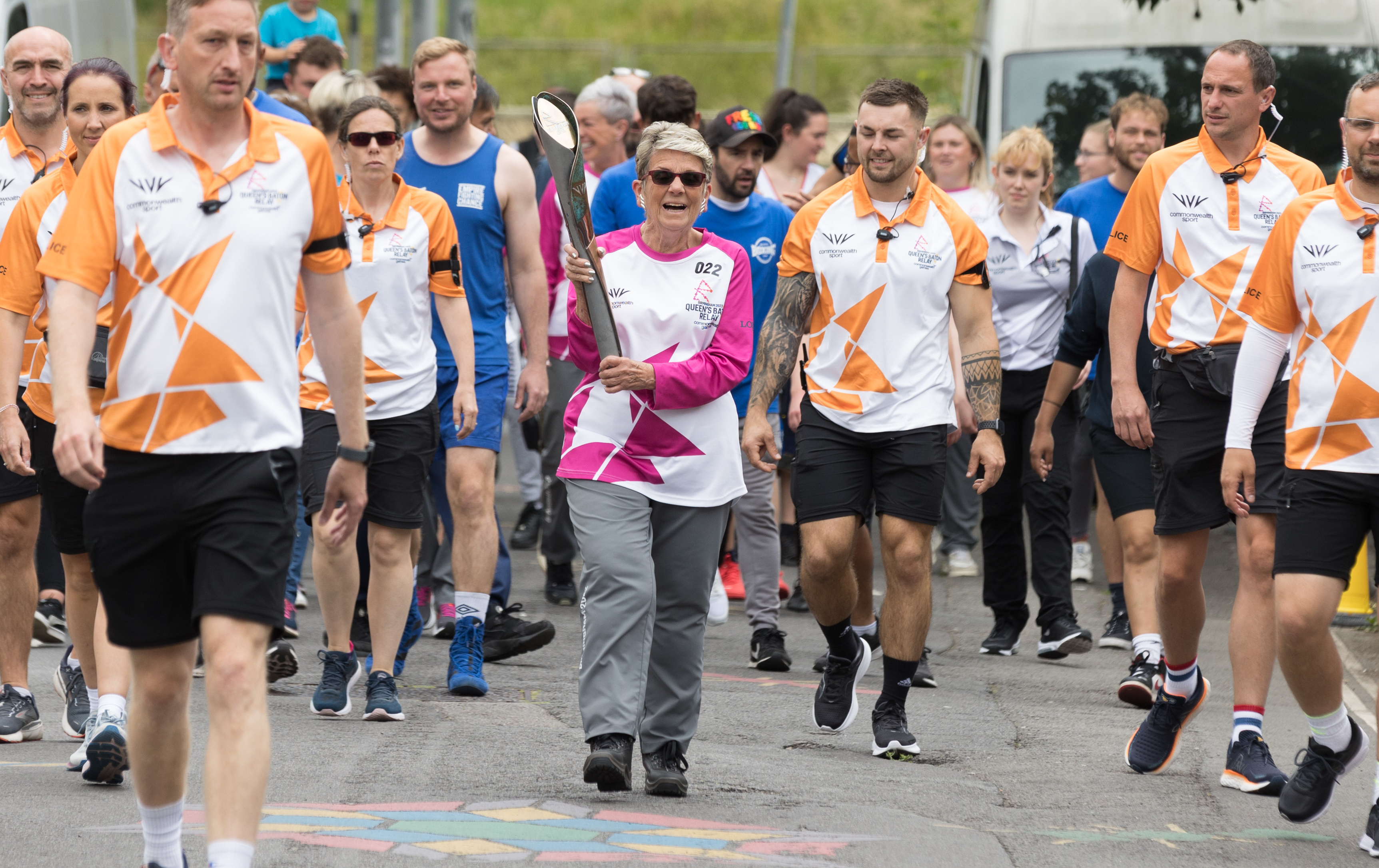 The baton's first stop was at the Empire Fighting Chance Charity in Easton and then it headed to St Paul's to be met by children from local schools and the Lord Lieutenant of Bristol, Mrs Peaches Golding OBE.

Lynette got to run an extra leg of the official route after one of the Batonbearers failed to turn up, which meant she got to take the baton to the finish line at St Agnes Park.

She said: “The end was absolutely fantastic. I went round the corner and all the pupils from St Barnabas Primary School were there clapping.

“They were so excited and were absolutely delightful. One little boy shook my hand and said: ‘congratulations’, and I asked him if he’d like to hold the baton for a moment.” 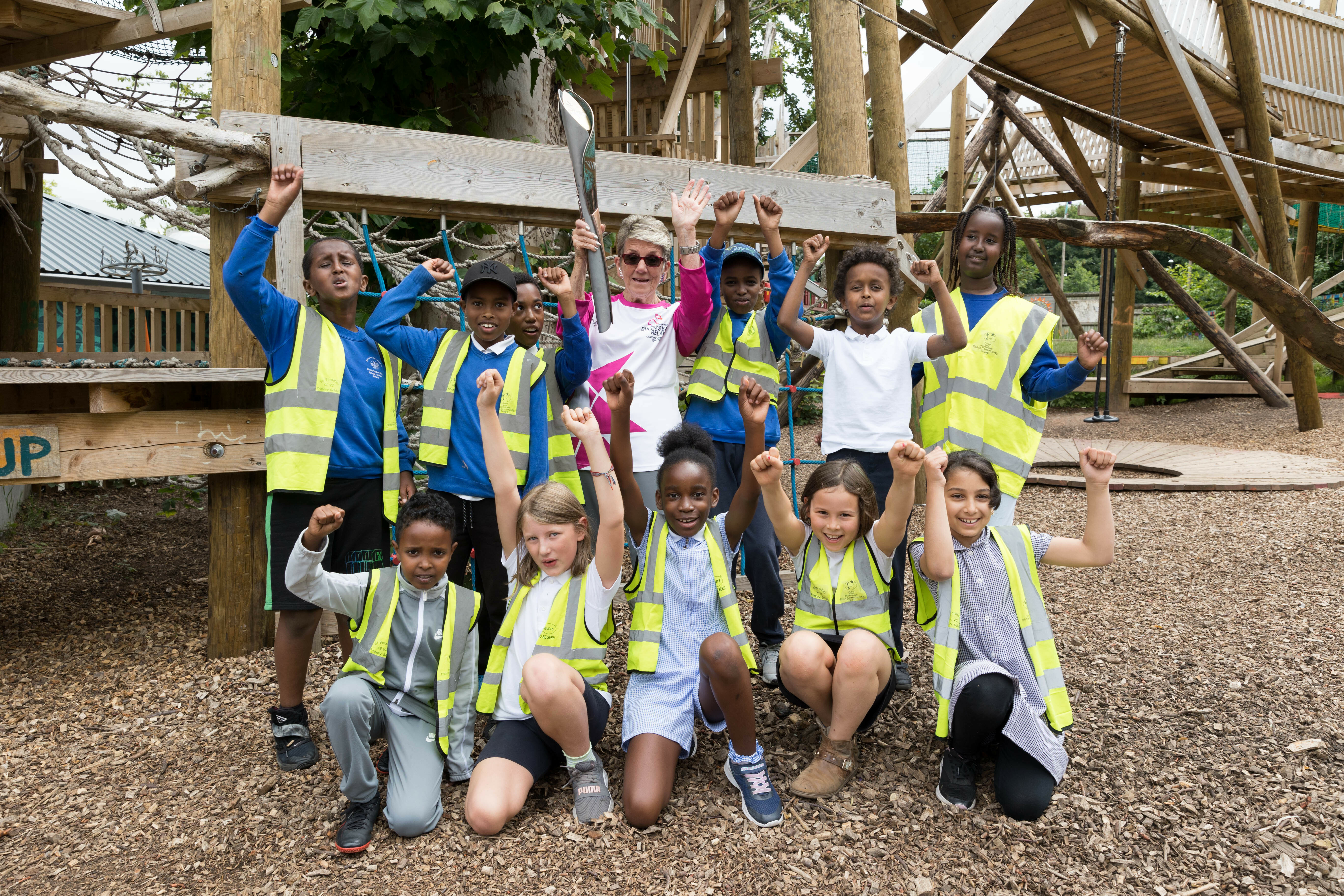 The seventy-seven-year-old Bristolian was selected for her work with Bosom Buddies, a charity founded by Lynette in 1997 to help patients and families cope with the psychological and everyday effects of breast cancer.

“We had an office in the BRI with a 24-hour helpline. We’d hold monthly support meetings, visit people in their homes, drive ladies to chemotherapy sessions, organise fundraising and so much more.

“I’m delighted to say that twenty-five years later, both myself and Bosom Buddies are still going strong.” 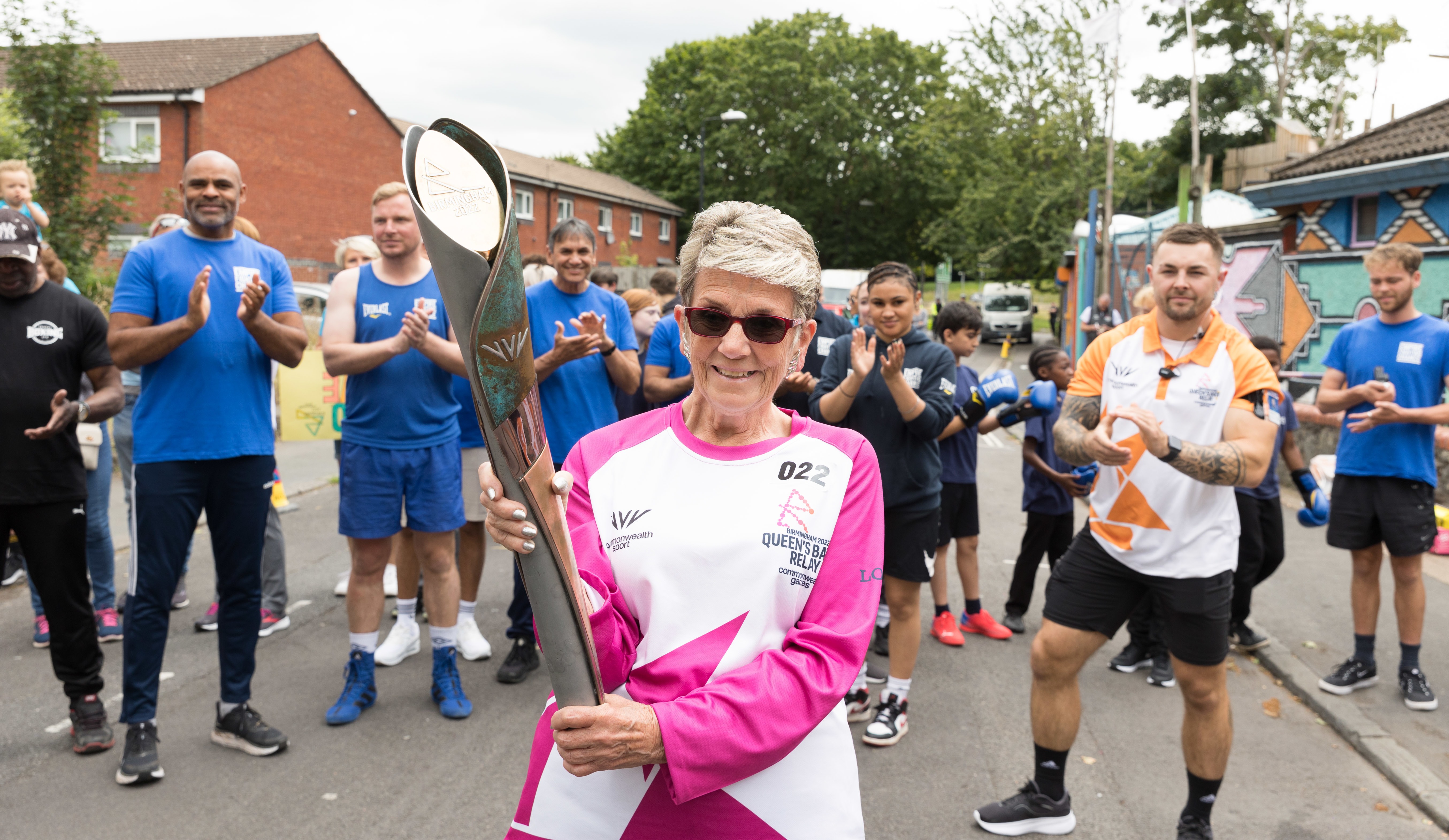 A huge fan of the Queen

Lynette has been a resident at the St Monica Trust’s Westbury Fields retirement village for the last four years.

Village Manager, Jeanette Iles said: “We’re absolutely delighted to see one of our residents chosen as an official Batonbearer for the Commonwealth Games.

“As well as her charity work in the wider Bristol community, Lynette is also an active and popular member of the Westbury Fields community, so it is wonderful to see her achievements recognised in this way.

“Plus we know she’s a huge fan of Her Majesty, so carrying the Queen’s Baton during the Platinum Jubilee year was extra special for her.”

Bosom Buddies provides friendship and a listening ear for those experiencing the effects of Breast Cancer. You can find out more at bosombuddiesbristol.co.uk/ or by calling 0117 342 4940.